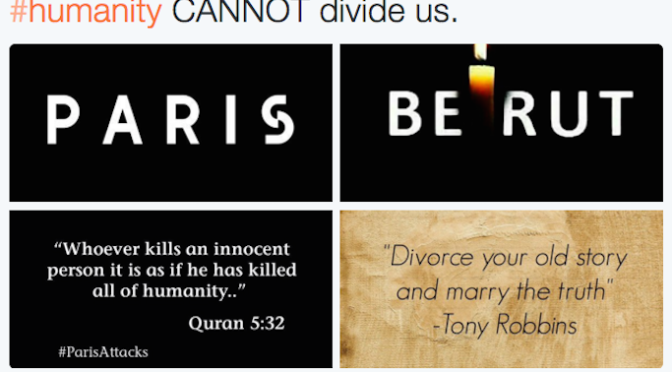 The news in Paris is grotesque and unfathomable. My heart goes out to that nation and to those directly affected by the terrorist attacks where at least 8 suicide bombers shot and then 7 blew themselves up in densely populated areas of the city on a buzzing Friday night. And where the story of this, the events, are still unfolding. This is not over. The world we live in…I cannot begin to finish that sentence. It is too big. It is much too big.

The news has not reached the world in the same way, but there was a Da’esh (ISIS) terrorist attack yesterday in Beirut, Lebanon also END_OF_DOCUMENT_TOKEN_TO_BE_REPLACED