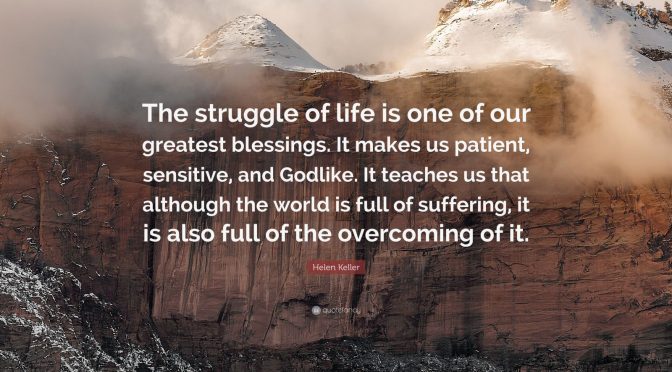 Tonight, I will meditate and pray for all of the people on this planet suffering. A dear friend of mine reminded me many years ago after I returned from trekking in Nepal, shocked by the extreme poverty I witnessed…small children begging just for a pen, shoeless in the hills…”suffering is relative”. I thought then: surely not! But twenty years have taught me that suffering is relative and the feeling is one and of the same.

If we are cut, we all bleed. If we are fearful, our bodies all go into a state of stress. Some of us escape its effects better than others. If someone we care about dies, the grief response is natural and even if we do not know the people, if we come to learn of their stories and those people’s stories remind us of our commonalities…what if it had been my loved one? it could have been us? this is my town…my city…we feel at one with that person, that predicament. This is empathy and, as painful as it is to have sometimes, it is the best part of us. It is what makes us undeniably powerful as humans.

As a friend said many years ago, in response to a moment of war on this planet, when innocents died, this planet needs more humility. Yes, we need a swift and firm response to the forces of unconscionable evil in human beings who have lost touch with anything good. But I know at the heart of me, we must soul search deeply now and do more than pay lip service to the idea of standing together. I love most of what you see on the media about Manchester today: people being kind to one another…people being reflective…people crossing barriers to learn that homeless people ARE human. Two panhandling men were there and helped when the bomb blew up. The stories just get to me. One cradled an elderly woman as she died. And he wrapped a girl who lost her legs in a t-shirt. The sheer weight of these stories must press down on us all as we really take in the scope of this madness.

But already the backlash has snuck in, and the Muslims of South Manchester and others who had nothing to do with this are under attack by some, it seems, and now we have fear facing fear. Violence or the threat of it and defacement of property because people cannot or will not find the words. Words, words, words. Precious words. People need to rise to the occasion to find the words to talk through those fears and to move through their differences. Because this is the work of healing and that work, for obvious reasons, is neverending and requires much more than words though they are hugely important.

I can’t help but think of the cholera outbreak in Yemen, the lack of electricity in Syria, the hangings of gay people in Iran, the persecution of the Baha’i in Iran, the still missing girls kidnapped by Boko Haram, the sex slaves and enslaved workers as well as the unsolved murders of indigenous women in Canada who went missing after being picked up on a certain stretch of highways.

I also cannot help but think of a friend who told me this week she may be battling Lupus or kidney disease, a former student who ended at 10-year relationship with a man she thought would marry her, a friend who has these past few years gone off the radar and who will not respond any longer to my emails because coping with her life up close is all she can handle…people in her world are dying or fighting for their lives…I’m missing her and she has long been one of my best friends, but we ALL cope in different ways, so I’ve let go of my expectations and I quietly support from a distance…and I think of my noble friend battling multiple myeloma. Cancer is a scourge. I think of a friend battling to get a kid through school and of my parents’ (and my) unsettled feelings about aging. I think of a friend who just lost a medical-legal case against a corporation in America and what that will mean for her now. On Facebook many tragedies are revealed. I am so aware of the information overload. But we dip in and out and read and switch off, talk or just observe. But if you’ve read this far, then you know we are connected.

Many years ago, I read that to live is to suffer. It is a key Buddhist principle I’ve never forgotten and never will. What we do with that suffering is up to us. Buddhism prescribes the idea of Right Speech, Right Action. Other faiths offer beautiful prescriptions for healing. At this point in my life, I feel a hunger to know how it is we can heal this world. Saying that, I know and we all know, we can only heal ourselves and tackle this on a scale within our reach. It may be that reach is one person at a time. Maybe with words over the internet that reach is to a few hundred or thousands.

We must find a way to heal ourselves inwardly, I think. For everything follows from that. It is why I am such a fan of dialogue. As a therapist I once saw in Canada said to me after I was suffering some PTSD from being in a war zone (Lebanon in 2006) and also from a few too many encounters with bigoted parents of my students in the Middle East and equally bigoted American songwriters (in a forum online) who truly did my head in with their hatred of Arabs and Muslims en masse (it can be tiring waging a war of minds and pussyfooting around assholes), “You need a safe place to talk for it is through talking that we make meaning.” At the time I was seeking answers about why the hatred on this planet. Why the self loathing made manifest in this manner?

I was seeking an interfaith answer to my questions. She told me to look at groups like Women in Black…Muslim and Jewish women who protest publicly in silence for peace. But they gather in closed quarters to share their pain. I never sought out this group in Edmonton. It was enough somehow to realize I just needed a safe place to talk and be heard…to make sense of my thoughts at the time.

So, I’m a big fan of words and I’m a big fan of the therapeutic effects of talking and examining these stories of our lives. I devour the news and, yet, know we – I – must take care with what I put in my brain. While I seem to be almost alone in grieving or feeling the sadness of Manchester at school – no one discusses this story, bizarrely, though the other Mancunian in the high school was also watching the vigil during his prep today and then could find no words to talk about it – I have learned silence and meditation are equally potent. Meditation. Prayer. Contemplation. Whatever works. And that’s how I’m going to end my day.

Returning to the silence. Sitting in the present moment. Trusting all forces in the UK and universe to take care of this…terrorist business. Trusting you all to take care of each other. Trusting the strength of the will for peace and harmony to lock arms with wise action so that better days come again soon.