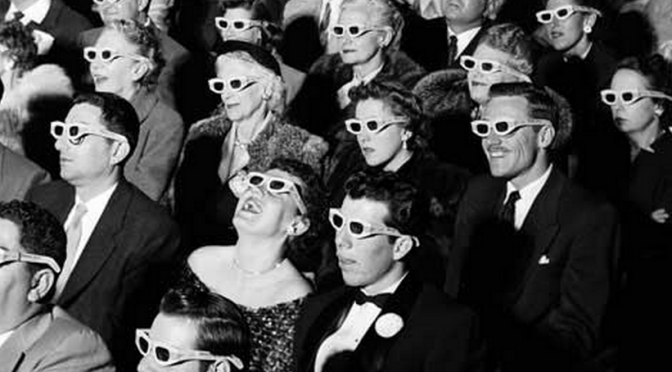 Why I love to sit in the front row…

The view is spectacular. The sound is best. You feel the energy. There is no distraction. The message is direct – you receive it. If you’re lucky, you get picked.

What do I mean by this?

Why do some people run for the front row at a concert but sit at the back in class?

Once, I walked into a songwriting class at Berklee College of Music, arguably one of the best music schools in the world. The session was led by master songwriter and instructor Jimmy Kachulis. Within split seconds of surveying the environment, I walked past twenty people and sat at an empty table in front. Others who came after me were too embarrassed. They crammed into the back of the room and for the remaining hours we had together, I forgot the others behind me who would have to peer over heads and strain to listen. I fed on an intravenous drip of information and inspiration about something I wanted to know more about – songwriting from an expert in world music. I knew what I wanted and had no idea of what I’d  get.

I learned that day that songwriters like Sting steal melodic lines from Christmas carols, twist them and turn them into hit songs. I’ve never listened to music the same way since. I listened intently to the instructor and asked one or two questions in Jimmy’s class. That broke the ice so I could later engage with the man to speak with him about world music; he was in discussions with a music producer in Greece. I was only beginning to realise that the world was my oyster.

Many years and another album later – Bakhoor – I led a conference on global music at Womex 2008 in Copenhagen, Denmark and immediately flew to Greece afterwards where, on the tarmac, I met the producer of the nation’s top world music radio station, Cosmo. This producer of Greece’s equivalent to the BBC had been sitting on the plane across the aisle from me. He put my music on the station’s playlist.

The view is spectacular

I sat in the front row for a Joni Mitchell concert once at a folk music festival. Ten feet away from her on main stage and her ten guitars and ten digits (fingers and thumbs) making harmonic convergence with her adoring audience. Opportunities like that only come around once in a lifetime. I’m convinced I will never sit that close to the legendary Joni Mitchell again. Watching her inspired me. This song slayed me.  I experienced beauty and greatness and she set the bar high for me as a musician. And because I was close enough to watch Joni fumble with guitar tunings and effects, I learned by her example that it’s okay to be human and frail, too. That is part of the beauty of life.

The sound is best and you feel the energy

Once, in the early days of Sarah McLachlan‘s career as a songwriter and musician, I stood before her in a large auditorium, pressed against the stage by a heated and fervent audience dancing behind me, dancing with me, and I absorbed her music like I was channelling a spirit. The sound vibrated through us all that night. I walked out of the venue later on a high.

It is the same feeling I had after listening to Deepak Chopra in person. The man is better, in my opinion, live. I ‘got’ him, believed him and understood from listening to him that health is profoundly within our control in ways we would do well to think about. Meditation as an experience is far better than reading about meditation in a newspaper or magazine article. Deepak talked the audience through an experience. Now, that was learning at its best.

There is no distraction; the message is direct and you receive it

Antonio Forcione is one of my favourite musicians of all time. A friend introduced me to his music. Her son is one of Antonio’s bassists. Late in arriving to his concert at Band on the Wall in Manchester, UK, I thought, “It’s all over.” Until I spotted a gap down front. Sure enough, and as experience has taught me, people avoid the embarrassment of putting themselves before others, so there were two seats down front. My companion followed me as I jostled my way down the side and into one of the seats. Someone made a concession and moved over, and my friend joined me. There we were, five feet in front of one of the greatest Flamenco jazz guitarists in the world. I barely noticed and only my video camera caught the occasional blurt-out from the women sitting on either side of me. It was bliss having a full view of the three geniuses on that stage that night. Even better that, at certain points, master Forcione looked at me and played to the camera. Sit in the front row and have the full experience. C’mon. You know you want to.

If you’re lucky, you get picked

Another concert analogy, but it’s a good one: I am loathe to stand at a concert but had no choice and never noticed any pain in my back or feet once Melissa Etheridge and her band fired up at an arena in my hometown, Edmonton, Canada, many years ago. The show was forever etched into my brain when Etheridge whipped up the finale, lay down on the stage right in front of me and played her guitar on her belly after throwing it over her back. The lead guitarist had been shredding up the night with his giant, sexy melodies. I was mesmerised when he came down close to the audience. Suddenly, he threw his guitar pick at me and I caught it! The drummer then hammered out a rhythm on Etheridge’s guitar while she changed the chords and…again it happened. This brilliant musician in a moment of passion handed his sticks to me. Because I was down in front, I ‘lucked out’. These souvenirs of a spectacular moment were mine, all mine.

Over and over, I have discovered that, to be on the receiving end of opportunity, you have to place yourself in an environment where opportunity exists. You need to show up. You need an immediate and close connection. The closer the connection, the more likely it is something profound and intensely important will happen.

So, if that’s what you’re looking for, get to the front row. Overcome your fears. See what happens as you actively engage and find out what that means in the classroom and concert of your life.