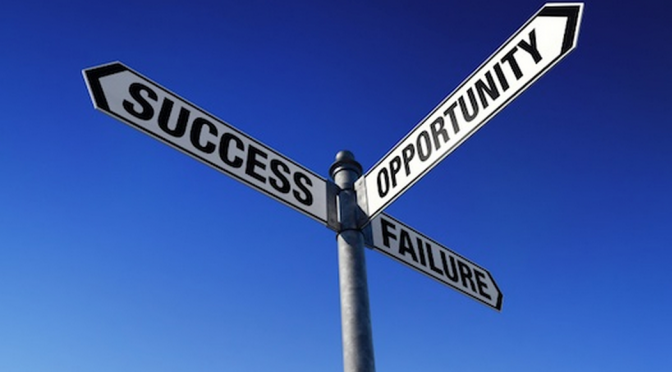 Ever failed to land a job, keep a lover, secure your future, grow your finances, please others who are dependent upon you? Ever failed to keep the house clean, get rid of the clutter, cancel the unnecessary incomings? Ever failed to show up for a friend’s wedding shower, baby shower, moving day, invitation to a party? Ever failed to take the garbage out on time, walk the dog before an ‘accident’, pay the bills and avoid the alarm bells that ring when things are not tended to? Ever failed to sleep enough, dress right, keep your cool, smile under pressure, leave when you should have, stay when you should have, sort out the sortings that need sorting? Failure is a funny, funny notion. Ever fail to lose weight, exercise, cook a soup when you said you would, mail the post on time? Ever fail to reciprocate to the neighbours? Ever fail to call home and write to your best friend? Failure is all around us.

But is it failure?

Winston Churchill articulately said, “Success is not final, failure is not fatal: it is the courage to continue that counts.” These are words worth analysing. Success is not final…is an interesting reminder that nothing in this life is permanent, not even the notion of ‘success’, real or imagined. Failure is not fatal…depends upon what kind of failure it is. Failure could, in fact, be fatal. But most of us don’t experience that. We suffer the indignities of our failures. We suffer a deep, inner shame about our inadequacies and the failure to meet our own expectations of a personal or professional nature. Failure, when you poke at it, or sit with it, is a construct of the mind. How about what ‘is’?

Still, when you fail to take action and the consequences are less than pleasing, it stings, and it is at times failure. So what? So what? Sometimes these failings are deep opportunities to reflect upon what is important to you, and these are moments that halt the busy-ness of life, and force you by the heart rendering impact of the losses to think. To reflect. To consider. To reconsider.

Life is a series of doings and a series of experiences and, as Anthony Robbins, once said, if your life is worth living, it’s worth recording. Not all of us are writers, or so inclined.  But we can sit with ourselves. We can ruminate and talk to others who give us probably more compassion than we can muster in a moment that hurts. Those that we trust can bring a sense of reason to a situation where we may want to push away the stark truth…that something is not right. Or it’s exactly right. It is a reflection of what is true. If you’re failing in some capacity, and if you examine this closely, you will see that…this is not a permanent flaw or condition exactly in you, usually. It is the way things are because of the way you are, today. Tomorrow, things will be different. And that’s that. They will. Even if you don’t believe it. They will.

Failure. It can be a friend.

Steve Jobs left an important thought behind about failure. “Remembering that I’ll be dead soon is the most important tool I’ve ever encountered to help me make the big choices in life. Because almost everything – all external expectations, all pride, all fear of embarrassment or failure – these things just fall away in the face of death, leaving only what is truly important.”

It is worth examining what the big things are and the small things are, because some things are not worth beating yourself up about. Others are. And you should change, for yourself, and for others, for the situation, whatever.

Failure. Zig Ziglar reminds us that “If you learn from defeat, you haven’t really lost.” It is an apt consideration that you could be enriched by the lessons learned from failure. How could you not be?

George Bernard Shaw said, “When I was young, I observed that nine out of ten things I did were failures. So I did ten times more work.” It seems the nature of most people not to relish the thought of hard work, but the sting of self anger propels some of us to dig in and work harder. And what a thought – that working harder could actually result in more success. It generally does.

I once took a course called Personal Best. Twice. It was that good. The second president of the company said, “Sacrifice is not a bad thing.” It doesn’t have to be. It changed my view of hard work. Shaw and Magic Johnson and many others who have worked hard and faced many moments of failure triumphed in the end by…persisting.

Keep going. Just breathe, think about it, and face things with a new vigour when you’re ready. It’ll be fine.